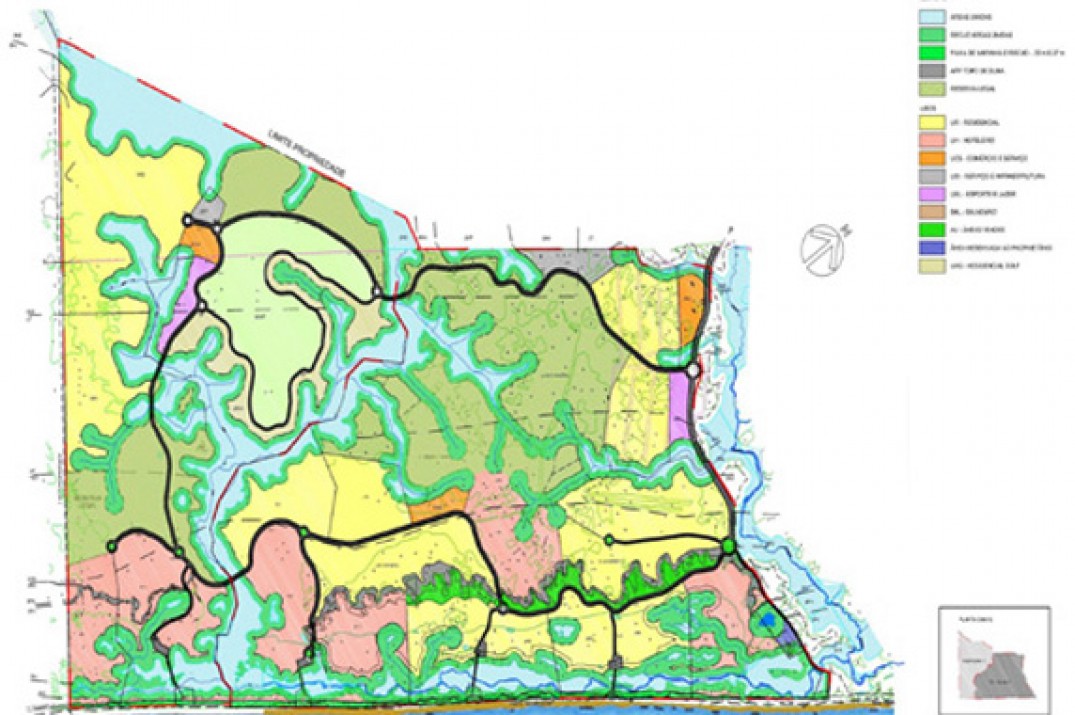 The area is located in the city of Entre Rios, with an area of 835.49 ha. Access is from Salvador, through the Ba-099 highway, towards the border of Sergipe, till reaching km 88 of the Green Line where the BA 867 highway leads towards the sea, which connects the Massarandupió Village with the Porto Sauipe village , and after 300 meters traveled , turning left, we entered the dirt road that after 4 km, gives access to Massarandupió, and after another 2.5 km to the area of the project intervention, where we entered right .

An Occupation Plan is being developed that covers the implementation of a condominium which consists of six specific uses – the hotel, residential, sports and leisure, golf, trade and services use and the use of infrastructure, seeking to enjoy the beautiful local environmental features, as well as the view due to the topography, always preserving the local environment, making it an integral part of the project.
The project provides for the use of approximately 7.03% of its gross area with buildings and 3.79% with the main access and internal circulation road system. The 89.18% for the open area circuit also correspond to the permeable area resulting from the occupations, they are formed by areas of permanent preservation and protection that correspond to the humid part of the land, the Riachão river, and a branch of the Massarandupió river, their protection tracks and the remaining areas generated by the occupation which include the green tracks of the roads, the green areas generated at the edges of the dunes, preserved by the impossibility of deployments due to the steep slopes, dunes, the marine coverage, and parking lots in permeable floors and the unoccupied spaces, internal to the uses. 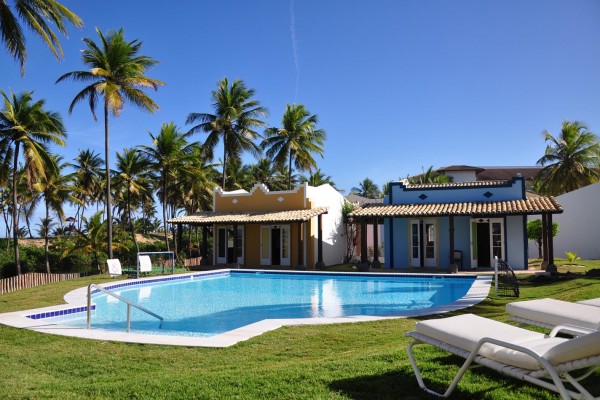 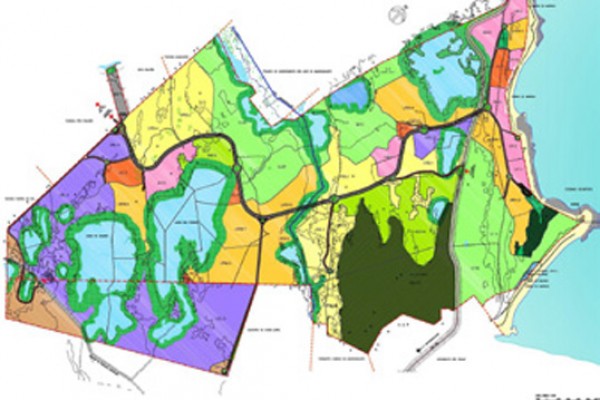 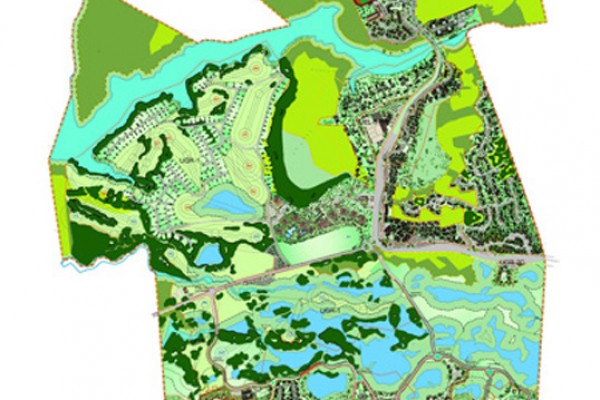 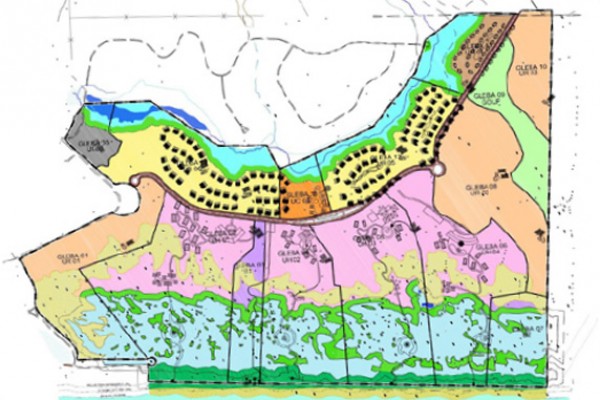 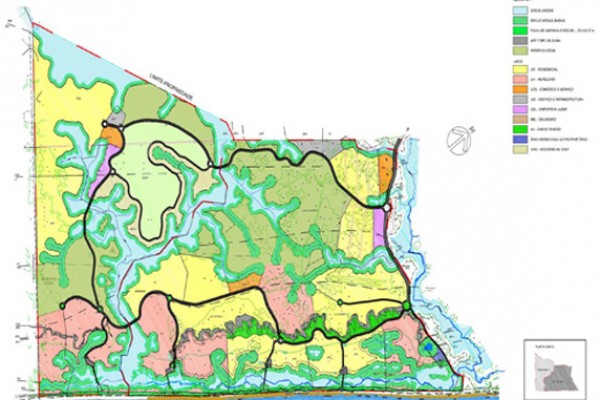 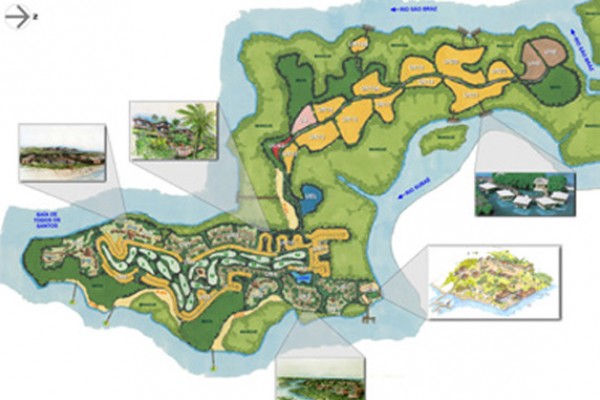 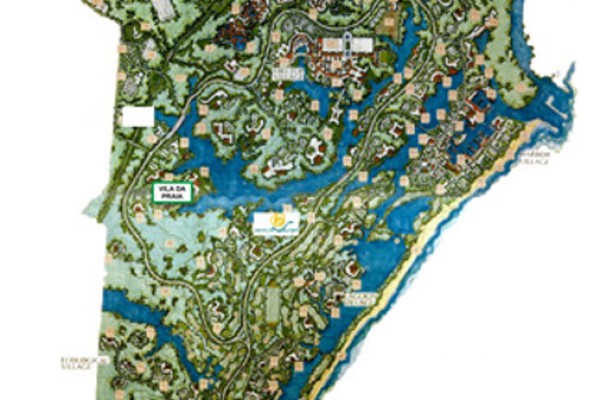